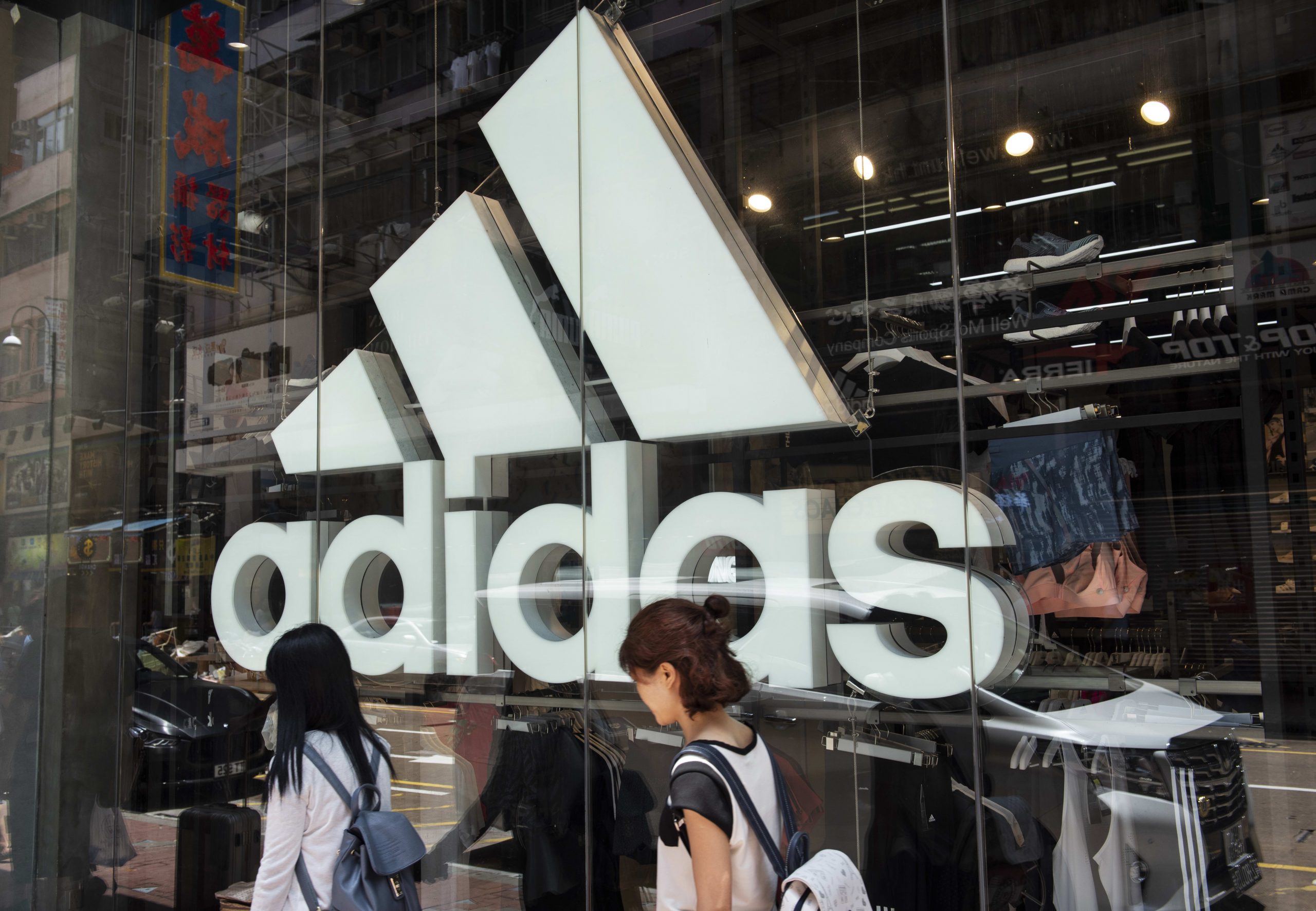 Adidas says business activity in China down around 85%

A pedestrian walks by a large Adidas logo and German multinational sportswear shop.

It comes at a time when many in the sporting goods industry are deeply concerned about the potential economic impact of China’s fast-spreading virus.

The world’s second-largest economy is a key sourcing hub for the industry, with many sneakers produced in China and other Asian countries.

The outbreak has prompted Adidas, which attributes roughly one-third of its sales to Asia, to close a “significant” number of stores in China.

Since Lunar New Year on Jan. 25, the company said Wednesday that a “pronounced traffic reduction within the remaining store fleet” had seen business activity tumble roughly 85% when compared to the same period a year earlier.

‘Too early’ to assess full-year impact

Adidas said it had also seen some traffic declines in other markets, predominantly Japan and South Korea, but it had not yet observed any major business impact outside mainland China.

“As the situation keeps evolving on a daily basis, the magnitude of the overall impact on our business for the full-year 2020 cannot be quantified reliably at this point in time,” Adidas said in a statement.

Adidas has said it will provide more details about the financial impact of the coronavirus when it releases full-year results on March 11.

Shares of Adidas were up around 1.5% Wednesday morning.

Earlier this month, Adidas had warned investors it was currently experiencing a negative impact on its operations in China. It has since reaffirmed its position that it is “too early” to assess the magnitude of the financial impact of the outbreak.

Separately, German sportswear maker Puma reported that the coronavirus had “negatively impacted our business since the beginning of February.”

“This is especially true in China where more than half of both own and operated and partner stores are temporarily closed due to restrictions of the local authorities,” the company said in a statement on Wednesday.

“Business is further impacted in other markets, especially in Asia, due to decline of Chinese tourism business.”

Puma said the uncertainty regarding the flu-like virus “makes it difficult to forecast the business” but it does anticipate a negative impact on total sales and earnings before interest and taxes (EBIT) for the first three months of the year.