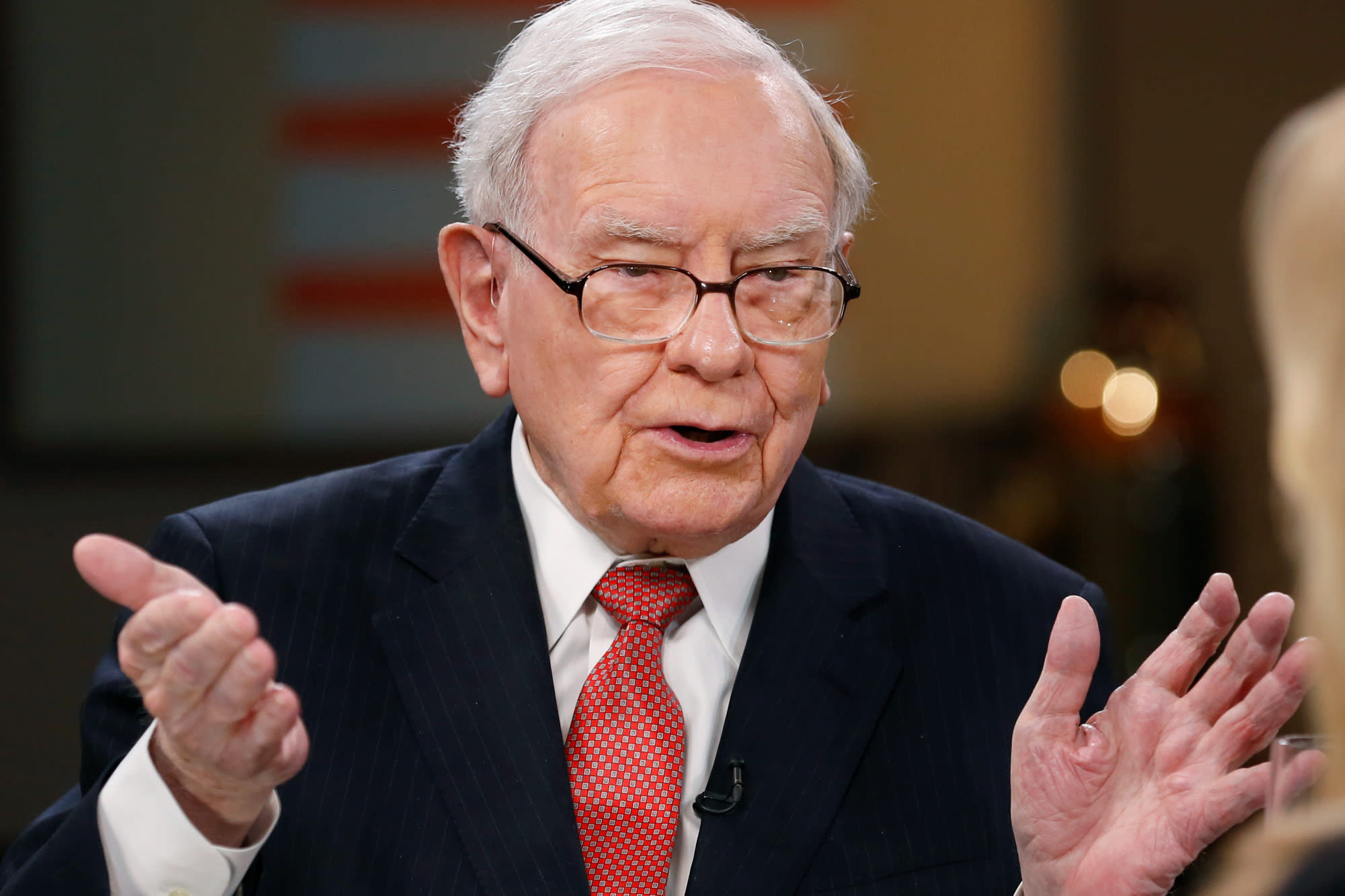 The annual missives, which are logged here on Berkshire’s website going back to 1977, are considered required reading for investors large and small.

And this year, investors will be eager to see whether Berkshire has gotten any closer to the “elephant-sized” acquisition that has eluded Buffett over the last several years.

The “Oracle of Omaha” told CNBC this time last year that despite Berkshire’s lackluster performance of late, he was keen to make an eye-popping acquisition for the portfolio.

There was only one problem, according to Buffett: prices were too high to justify a big purchase.

“That disappointing reality means that 2019 will likely see us again expanding our holdings of marketable equities,” Buffett said 12 months ago. “We continue, nevertheless, to hope for an elephant-sized acquisition. Even at our ages of 88 and 95 – I’m the young one – that prospect is what causes my heart and Charlie’s to beat faster.”

But since Buffett’s 2019 comments, the S&P 500 has climbed even higher, buoying price multiples and generating more than 23% in returns.

Typically profuse with investment advice and folksy anecdotes, Buffett’s letter gives Wall Street a glimpse into how he and partner Charlie Munger view the stock market — expensive or cheap, pessimistic or optimistic.

That type of commentary, in particular, has been of greater importance to Berkshire investors in recent years as some grow impatient for Buffett to deploy his $128 billion cash hoard and stun investors with a glossy new takeover bid.

His hallmark and lifelong quest for outcast, but cash-rich companies has led Berkshire to compounded annual gains in per-share book value of a robust 18.7% since 1965, according to Buffett’s most recent letter, double that of the S&P 500 and the envy of anyone hoping to retire early.

But investors have grown antsy in recent years as the S&P 500 continues to lap Berkshire equity. The S&P 500 has outperformed Berkshire on a one-year, three-year, five-year and 10-year basis as pricey, high-growth tech stocks led (and continue to lead) to stock market records.

“I’m a patient guy, but when you underperform one, three, five, 10, 15 years versus the index and you’re sitting on all this cash, it’s frustrating,” said Trip Miller, founder of Gullane Capital and a current Berkshire investor. “I’d pay us shareholders a nice $50 billion special dividend and restock the elephant over the next 24 months. It doesn’t seem like you can find something that size anyway.”

“I’m just really frustrated by it because that’s dragging down the returns,” he added.

To be sure, Buffett’s investment lieutenants, Todd Combs and Ted Weschler, have expanded the classic, cash-generating Berkshire into new sectors, including being the impetus for the building of a big stake in Apple four years ago.

That stake has been one of Berkshire’s best performers since then. Apple’s 193% return since the start of 2017 is well ahead of peer Berkshire names like Coca-Cola (up 59%) or Bank of America (up 66%). All of those are far ahead of Kraft Heinz — a rare big miss for Berkshire — which has posted a negative return of 64% over the same period.

Where some, like Miller, see Berkshire’s hesitation and underperformance, others like Shields note that Buffett’s patience has served him well in the past.

“I think one of Buffett’s strengths is not going along with the crowds when acquisitions are over-priced,” he wrote in an email. “We saw the same underperformance during the tech bubble (which also featured irrational exuberance that subsequently became even more irrational before correcting), and the right thing – then and now – is to do nothing rather than to confuse relative and absolute returns.”

Subscribe to CNBC PRO for exclusive insights and analysis, and live business day programming from around the world.

2020-02-21
Previous Post: Facebook is the latest to pull out of a major industry conference as coronavirus fears batter travel industry
Next Post: CDC prepares for coronavirus to become pandemic and businesses, schools need to be closed