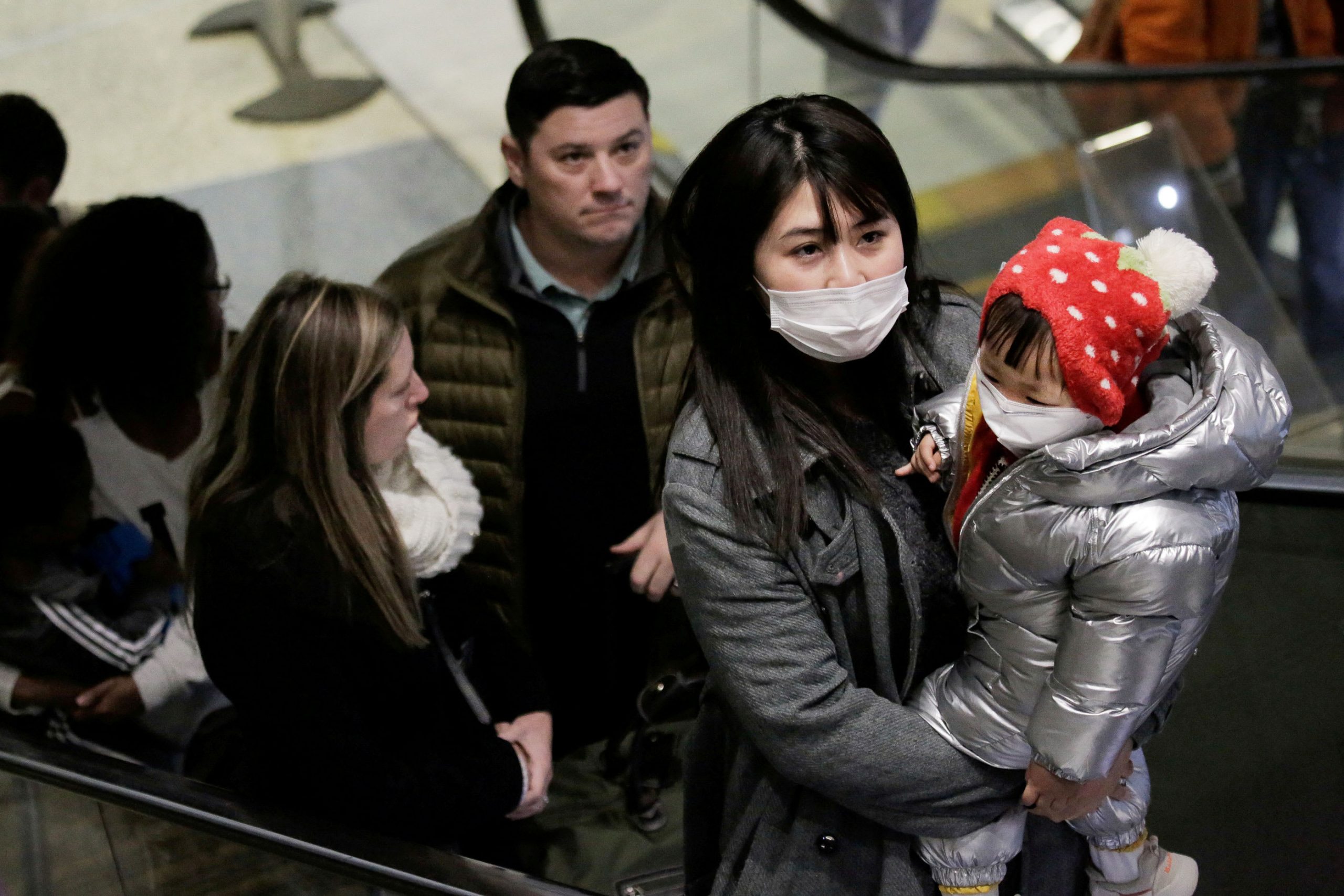 CDC prepares for coronavirus to become pandemic and businesses, schools need to be closed

Travelers wearing masks arrive on a direct flight from China, after a spokesman from the U.S. Centers for Disease Control and Prevention (CDC) said a traveller from China had been the first person in the United States to be diagnosed with the Wuhan coronavirus, at Seattle-Tacoma International Airport in SeaTac, Washington, January 23, 2020.

U.S. health officials are preparing for the COVID-19 coronavirus, which has killed at least 2,249 people and sickened more than 76,700 worldwide, to become a pandemic, the Centers for Disease Control and Prevention said Friday.

“We’re not seeing community spread here in the United States, yet, but it’s very possible, even likely, that it may eventually happen,” Dr. Nancy Messonnier, director of the CDC’s National Center for Immunization and Respiratory Diseases, told reporters on a conference call. “Our goal continues to be to slowing the introduction of the virus into the U.S. This buys us more time to prepare communities for more cases and possibly sustained spread.”

The CDC is working with state and local health departments “to ready our public health workforce to respond to local cases and the possibility this outbreak could become a pandemic,” she said, adding that the CDC is collaborating with supply chain partners, hospitals, pharmacies and manufacturers to understand what medical supplies are needed.

“This will help CDC understand when we may need to take more aggressive measures to ensure that health care workers on the front lines have access to the supplies that they need,” she said. “We are reviewing all of our pandemic materials and adapting them to COVID-19.”

Messonnier pointed to China where schools and businesses have been shuttered for weeks to contain the outbreak there, saying the U.S. may eventually need to do the same.

“The day may come where we may need to implement such measures in this country,” she said.

The CDC is changing the way it categorizes confirmed cases in the U.S. to separate out people who’ve been repatriated to the country with the virus from China and a cruise ship that was quarantined off the coast of Japan, she said. As of Friday morning, the CDC had 13 infections that were transmitted on U.S. soil and 21 confirmed cases that were brought it into the country, she said.

The U.S. evacuated 329 Americans this week from the Diamond Princess ship, which was quarantined in the port of Yokohama near Japan after an outbreak emerged onboard earlier this month. Despite the quarantine, which kept passengers confined to their cabins, the virus infected more than 600 passengers and crew, including some Americans who are being treated in Japan, Messonnier said.

“There are several Americans with COVID-19 who are hospitalized in Japan and who are seriously ill,” she said.

Of the 329 Americans brought back from Japan, Messonnier said 18 of them tested positive for COVID-19. She said it’s possible that some of those patients did not test positive before boarding the evacuation flights in Japan, but that they were “already incubating the disease.”

Earlier in the day, World Health Organization officials said they were concerned with the virus outbreak in Iran, where local health officials have confirmed 18 new cases and 4 deaths in just two days.

While a majority of cases are in China, the CDC has been working with the health-care sector to prepare for the virus to “take a foothold in the U.S,” Messonnier told reporters Feb. 12.