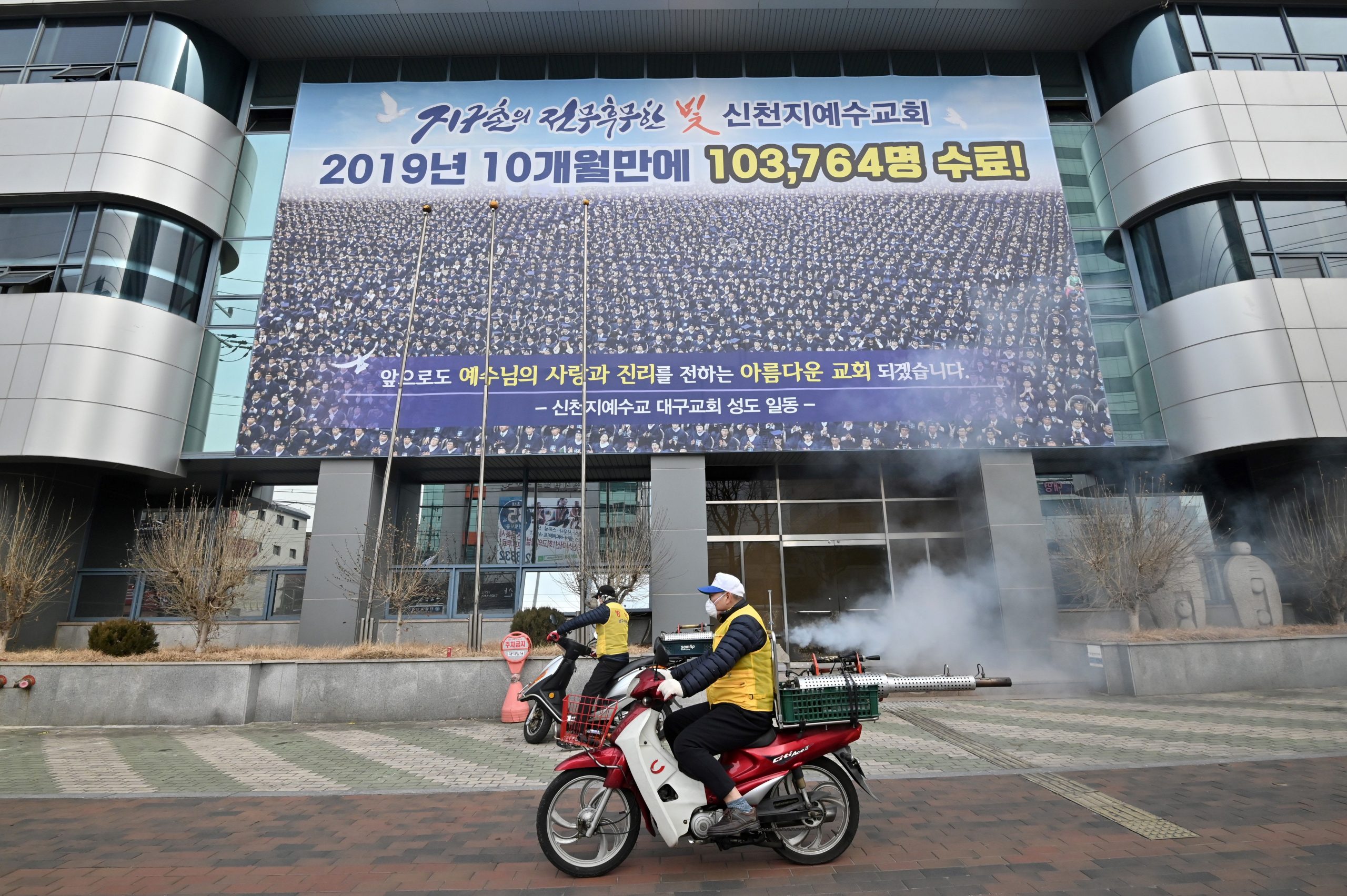 South Korean health officials spray disinfectant in front of the Daegu branch of the Shincheonji Church of Jesus in the southeastern city of Daegu on February 21, 2020.

The number of coronavirus cases tripled in South Korea on Saturday, according to the Korea Centers for Disease Control and Prevention, with the number of confirmed cases in the country surging to 433 from 156 over a 24-hour period. The surge in cases adds to fears among health officials that the virus, which has spread to 28 countries, could turn into a global pandemic.

More than half of the cases in South Korea are connected to the Shincheonji Church of Jesus, and over a thousand members have reported potential symptoms of the virus. The area surrounding the Christian sect’s church in Daegu, a major city in South Korea, has become empty as businesses there shutter.

Chinese state media reported that seven ships brought into the city of Wuhan in Hubei province will be converted into temporary accommodations for medical staff in the city.

Thousands of medical workers from across the country have been brought into Hubei to help the province contain the outbreak.

Xinhua News reported that the ships normally operate as river cruises in the Three Gorges, a popular and scenic tourist area along the Yangtze River. The state news agency said, however, that the cruise ship business in the Three Gorges had been closed due to the outbreak.

The move comes amid heightened scrutiny after hundreds of passengers on board the Diamond Princess cruise ship contracted the new coronavirus. —Wang

12:20 pm: WHO fears spread of virus to countries in Africa

World Health Organization (WHO) Director General Tedros Adhanom Ghebreyesus met with African officials from Geneva on Saturday morning to urge them to prepare for a potential spread of the coronavirus across Africa.

Just one case has been confirmed on the continent, but health officials fear the increasing global spread of the virus, especially to countries with less developed health-care systems.

WHO says it has shipped more than 30,000 sets of personal protective equipment to six countries in Africa, and is set to ship 60,000 more sets to 19 countries in upcoming weeks. It has also provided online training courses to 11,000 African health workers, as well as advice to countries on how to conduct screening, testing and treatment.