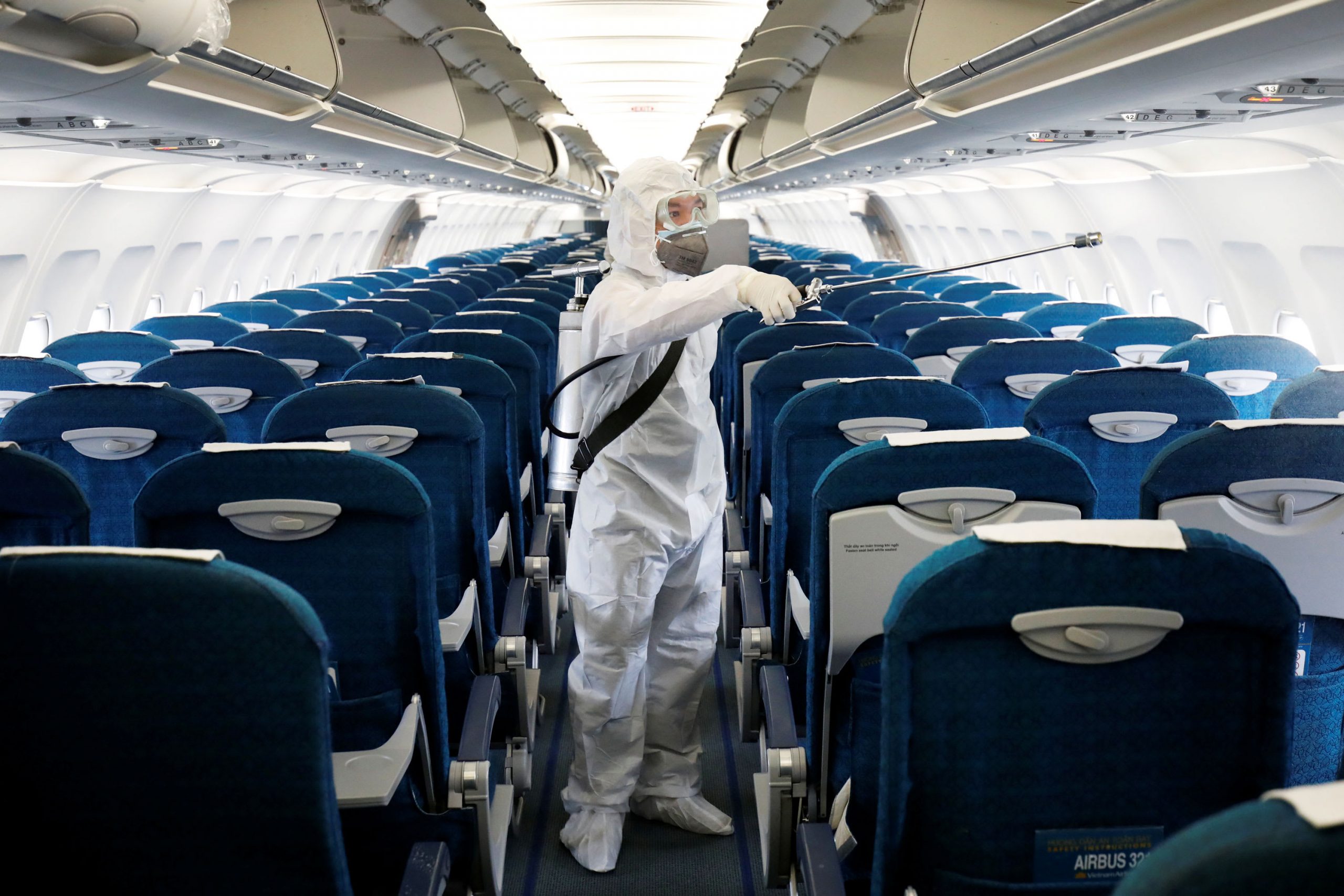 A health worker sprays disinfectant inside a Vietnam Airlines airplane to protect from the recent coronavirus outbreak, at Noi Bai airport in Hanoi, Vietnam February 21, 2020.

Airlines have canceled more than 200,000 flights as the coronavirus continues to spread, prompting travel restrictions and a sharp drop in demand for trips to and within China.

More than 76,700 people have been sickened by the virus, which has killed at least 2,249 people, health officials said. Close to 98% of the reported cases are in China but some officials are worried about a crop of new infections elsewhere, including Iran and South Korea.

Airlines around the world, including the three U.S. carriers that serve China — Delta, United and American — have halted service to the mainland and Hong Kong because of the virus. In February alone, the number of flights that were scheduled to fly to, from and within China are down 80% from a year ago, according to aviation consulting firm Cirium.

While benchmark jet fuel prices in the U.S. and Singapore have recovered some ground from hitting the lowest levels since mid-2017, they’re each down 17% so far this year, according to data from S&P Global Platts.

Air travel demand globally is set to fall for the first time since 2009 and cost airlines some $29 billion — mostly in the Asia-Pacific region — in revenue, the International Air Transport Association said.

Normally, lower costs would be welcome news for airlines, but weaker demand is expected to hit revenue and profits this year. The Asia-Pacific air travel market has become more important since the SARS outbreak that began in 2002. The region accounted for 35% of global demand last year, up from 27% in 2002, the trade group said. China is expected to overtake the U.S. as the world’s largest air travel market by the middle of this decade.

Airlines are starting to assess the financial damage.

Australia’s Qantas warned investors on Thursday that the coronavirus would likely shave off up to $150 million Australian dollars ($99.5 million) from its earnings in the second half of the year and that it would cut 16% of its Asia flights until the end of May. The airline had already suspended its China flights.

“The coronavirus outbreak has dampened the modest recovery in [domestic} demand seen in the second quarter with intakes falling over the last few weeks,” Qantas CEO Alan Joyce said on an earnings call. “The leisure market is also soft in the near term, but there is the potential for a shift to domestic leisure if uncertainty grows and Australians decide to holiday at home.”

Air France-KLM, which also suspended China flights, said it expects coronavirus-related demand reductions to drive down results through April by up to 200 million euros ($217 million).