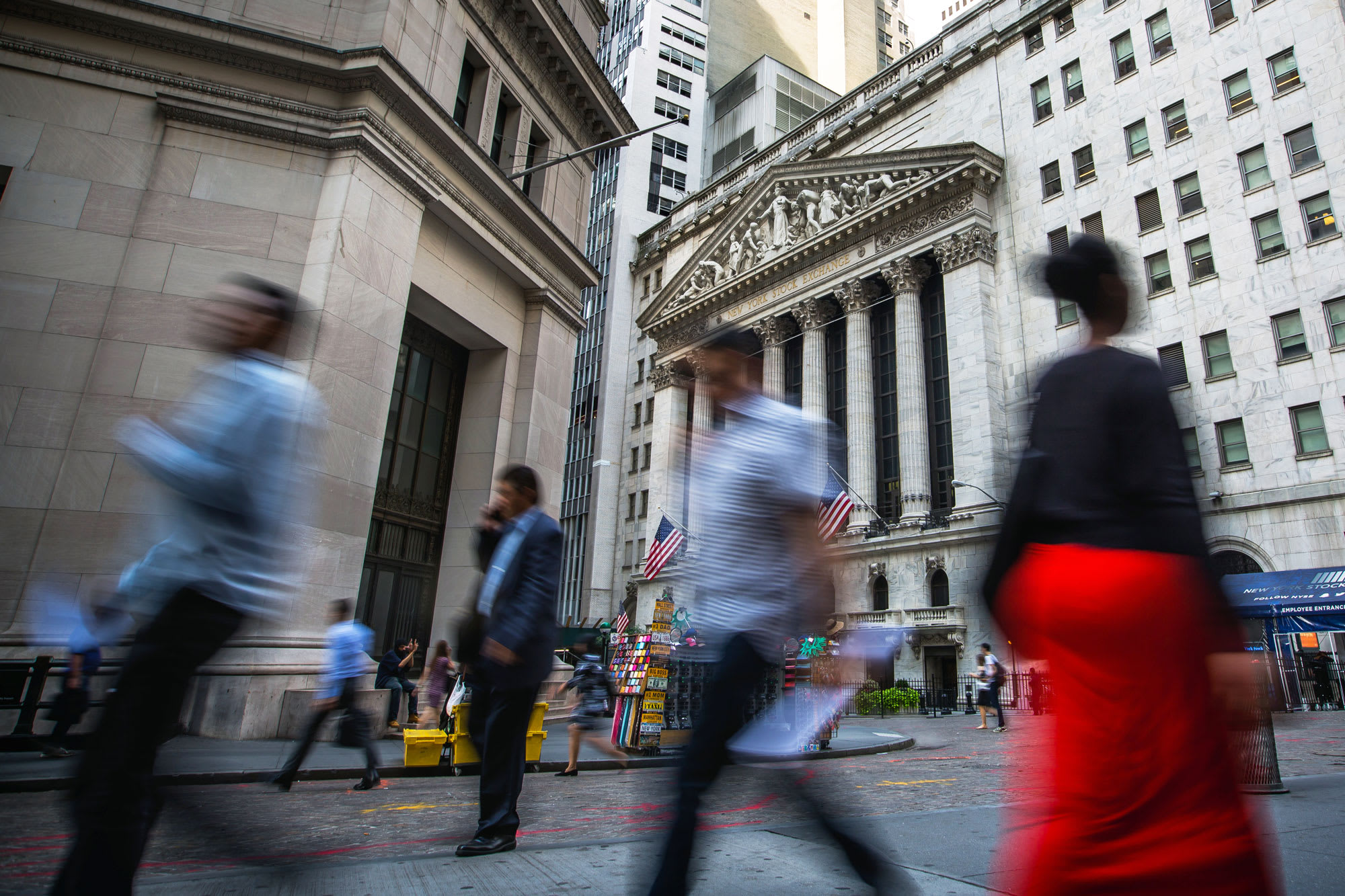 Stocks fell on Thursday, with most of the losses coming in a sudden move midday.

Traders could not pinpoint a catalyst for the sudden decline. However, some highlighted technical factors breaking down along with an increased risk-off sentiment stemming from fears of the coronavirus slowing the global economy.

Some traders pointed to a report from the Chinese state-run Global Times, which said there had been a sharp increase in coronavirus cases at a hospital in Beijing. While the timing of the story did not match with Thursday’s move lower, it does tap into the market’s fears about the coronavirus weighing on the global economy.

Goldman Sachs slid 2%. Intel was the worst-performing stock in the Dow, falling 2.5%. Apple shares dipped by 1%.

“This market is just moving on momentum and, at this point, it’s priced close to perfection,” said Christian Fromhertz, CEO of The Tribeca Trade Group. “At this point, if we start seeing anything negative, it will probably force some people to start taking profits.”

Fromhertz said momentum’s outperformance over value was “getting a bit stretched,” noting that “when something like that happens … usually we start seeing an unwinding of growth.”

Traditional safe havens such as bonds and gold got a boost on Thursday. The benchmark 10-year note yield fell to 1.52%, around its session low. Yields move inversely to prices. Gold prices climbed to a seven-year high, settling 0.5% higher at $1,620.50 per ounce.

China’s National Health Commission on Wednesday reported that 74,576 cases of the new coronavirus have now been confirmed, with 2,118 deaths on the mainland. Coronavirus cases are also spiking in South Korea. The country said confirmed cases have jumped to 82, more than double the previous number of cases.

“The coronavirus reminds us just how small the world is,” said Ed Yardeni, president and chief investment strategist at Yardeni Research. “Even as the infection has been largely contained to China, the business ramifications have rippled across the world.”

S&P Global Ratings warned in a report on Thursday that Chinese lenders could be hit by as much as $1.1 trillion in questionable loans as the coronavirus ripples through China’s economy, while Goldman Sachs has said that markets are underestimating the potential fallout from the outbreak, suggesting the “risks of a correction are high.”

“Market pricing on rate cuts is a little tricky,” Fed Vice Chairman Richard Clarida told CNBC’s Steve Liesman, noting that he prefers to look at economists’ forecasts over futures markets on Fed rates. Clarida noted the majority of economists do not expect a rate cut soon from the Fed.

“I don’t think when you ask folks they’re pricing in that rate cut, even though market pricing might suggest that,” he added.

Traders have been pricing in at least one rate cut from the Fed for this year, CME Group’s FedWatch tool shows. Expectations for lower rates come as investors grapple with the outbreak of the deadly coronavirus and its ramifications for the global economy.