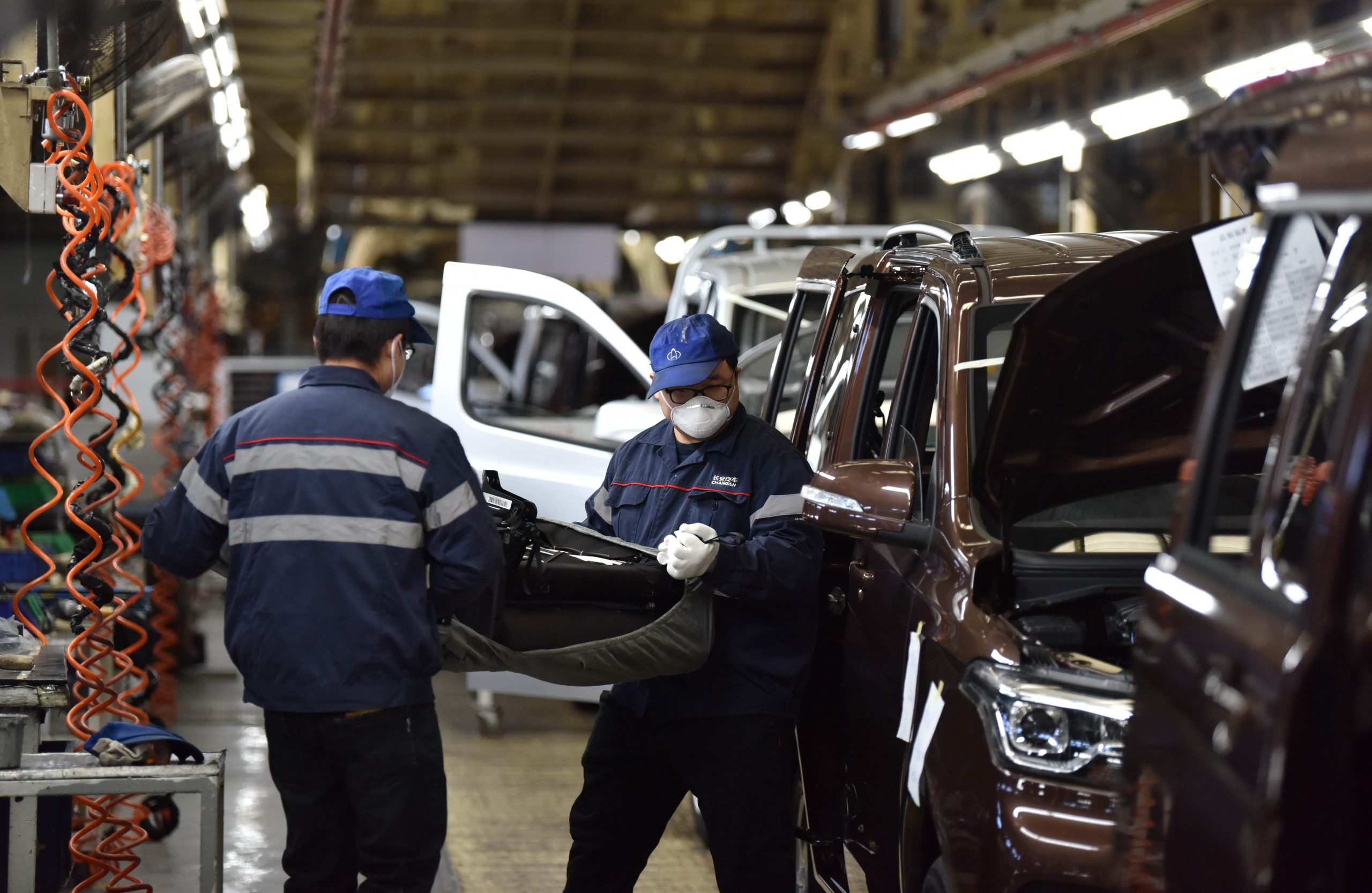 All times below are in U.S. Eastern time.

China’s National Health Commission said 2,345 people have died in the country from the coronavirus, and over 76,288 people are infected.

The International Monetary Fund (IMF) said on Saturday that the virus will likely cut off 0.1% from global growth, and drag down growth for China’s economy to 5.6%, which is 0.4% lower from its January outlook.

“But we are also looking at more dire scenarios where the spread of the virus continues for longer and more globally, and the growth consequences are more protracted,” said International Monetary Fund Managing Director Kristalina Georgieva at the G20 Finance Ministers and Central Bank Governors Meeting.

Iranian health authorities said on Saturday that five people are now dead out of the 28 infected with the virus, which may have reached most of Iran’s major cities, including Tehran.

The fifth death was among the 10 new confirmed cases of the virus in Iran. The reported cases there suggest that the virus is being transmitted much farther than previously known or acknowledged. Health Ministry spokesman Kianoush Jahanpour, who made the announcement on state television, did not say when the fifth person died.

The rise in virus cases outside of China is threatening to turn the outbreak into a global pandemic, with more countries starting to shut down travel across borders.

2:46 am: China transportation sector to resume operations by late February or early March

China’s transportation sector is expected to start up operations again in late February or early March, a Ministry of Transport official told reporters on Saturday. Delivery service companies China Post, SF Express and jd.com have all resumed operations. The services are in high demand during the outbreak as people would prefer to order food and supplies online or have them delivered.