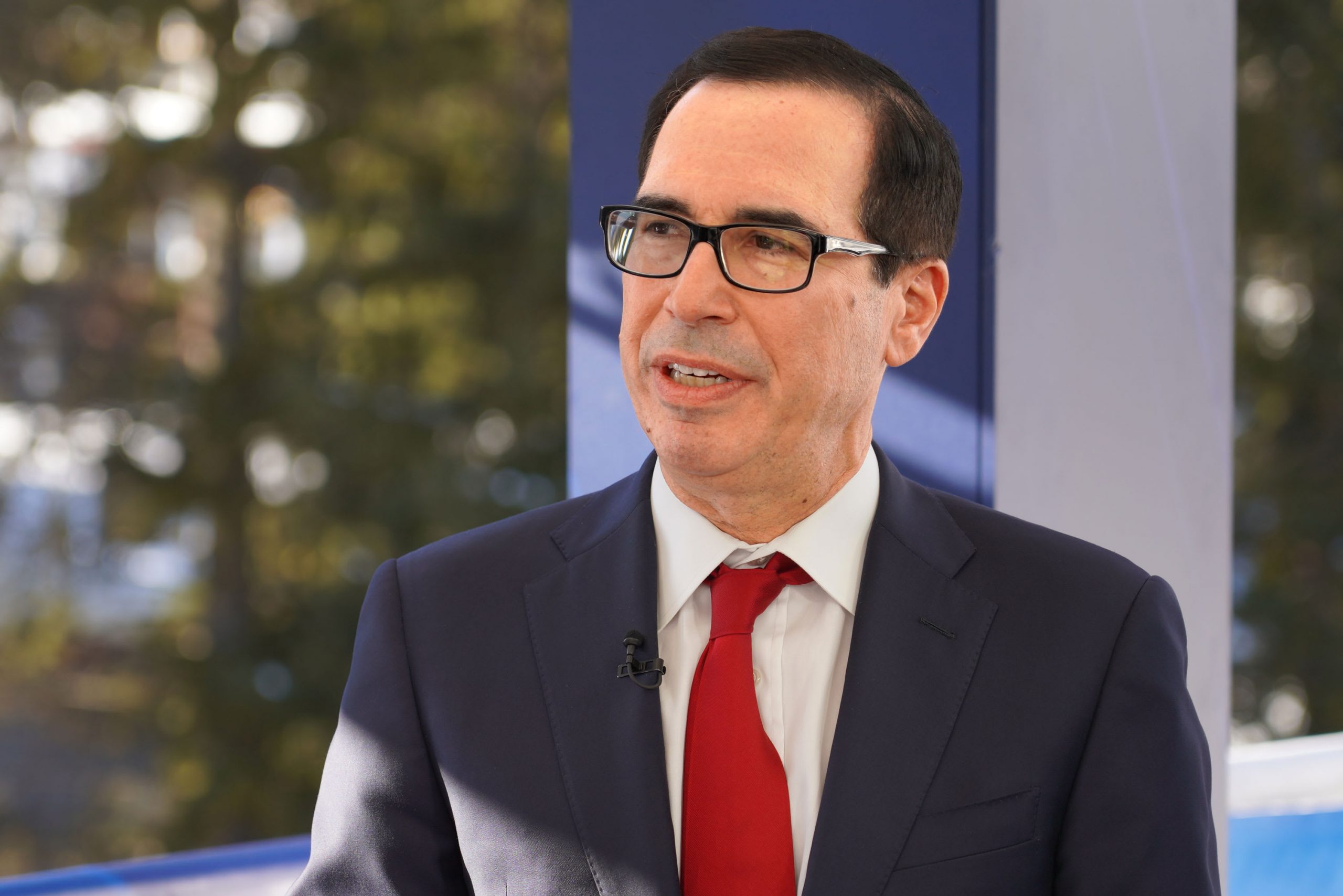 Mnuchin says economic impact will be clearer within weeks

U.S. officials will have a better idea of how the coronavirus outbreak will impact the economy in “three or four weeks,” U.S. Treasury Secretary Steven Mnuchin said Sunday.

Speaking to CNBC’s Hadley Gamble at the G-20 summit in Riyadh, Mnuchin said it was difficult to make strong predictions about the economic impact of the outbreak right now.

“I think we’re going to need another three or four weeks to see how the virus reacts, until we really have good statistical data,” he said.

“Although the rate the virus spreads at is quite significant, the mortality rate is quite small. It’s something we’re monitoring carefully, one of the discussions we’re having here is that countries should be prepared, but I think we’re at a point where it’s too early to either say this is very concerning or it’s not concerning.”

Mnuchin also told CNBC he did not believe the Chinese government was aware of the coronavirus danger when a delegation traveled to the White House for the signing of the Sino-U.S. “phase one” trade deal in January.

“I think the Chinese government reacted much quicker than they have in previous situations,” he said. “There’s no question that China’s major focus is now controlling the virus and the approach of phase two (of the trade deal) will definitely slow down a little bit.”

When asked if the U.S. had a backup plan in place in terms of a fiscal response to the virus outbreak, Mnuchin said there was “no question about it.” However, he reiterated that it was too early to predict how the coronavirus – formally named COVID-19 – would affect the global economy.

“I think based upon everything we see now this will be manageable, but the situation can change. As I said, the good news is in another three or four weeks we’ll have much better data,” he told CNBC.

At a hearing before the Senate Finance Committee last week, Mnuchin insisted the coronavirus would not have an economic impact that lasted beyond 2020.

Kristalina Georgieva, managing director of the International Monetary Fund (IMF), said at the G-20 summit on Saturday that the virus will likely shave 0.1 percentage points off global growth in 2020. Meanwhile, she said, Chinese growth would fall to 5.6%, which is 0.4 percentage points lower from the IMF’s January outlook.

“I don’t think people should be at the point where they’re panicked — on the other hand, it is concerning,” Mnuchin told CNBC on Sunday.

“The good news is that most people who get this will survive it, there’s obviously an area of the population that’s at high risk, but people should be less focused on just the number of cases since it will travel — the real impact is how many people does this ultimately impact in terms of death rates?”

In a major study on COVID-19 published this week, Chinese researchers estimated the death rate of the coronavirus was 2.3%, with the elderly and people who had pre-existing health conditions most at risk. According to the research, 81% of people who contracted COVID-19 only exhibited “mild” cold-like symptoms.

However, some experts believe the total number of coronavirus cases could be much higher than the records show, which would make the mortality rate lower than currently estimated.

U.S. health officials said Friday that they are preparing for the coronavirus to become a pandemic.

China’s National Health Commission on Saturday reported 97 new deaths from COVID-19 and 648 additional cases for Feb. 22, taking the total number of confirmed cases on the mainland up to 76,936.