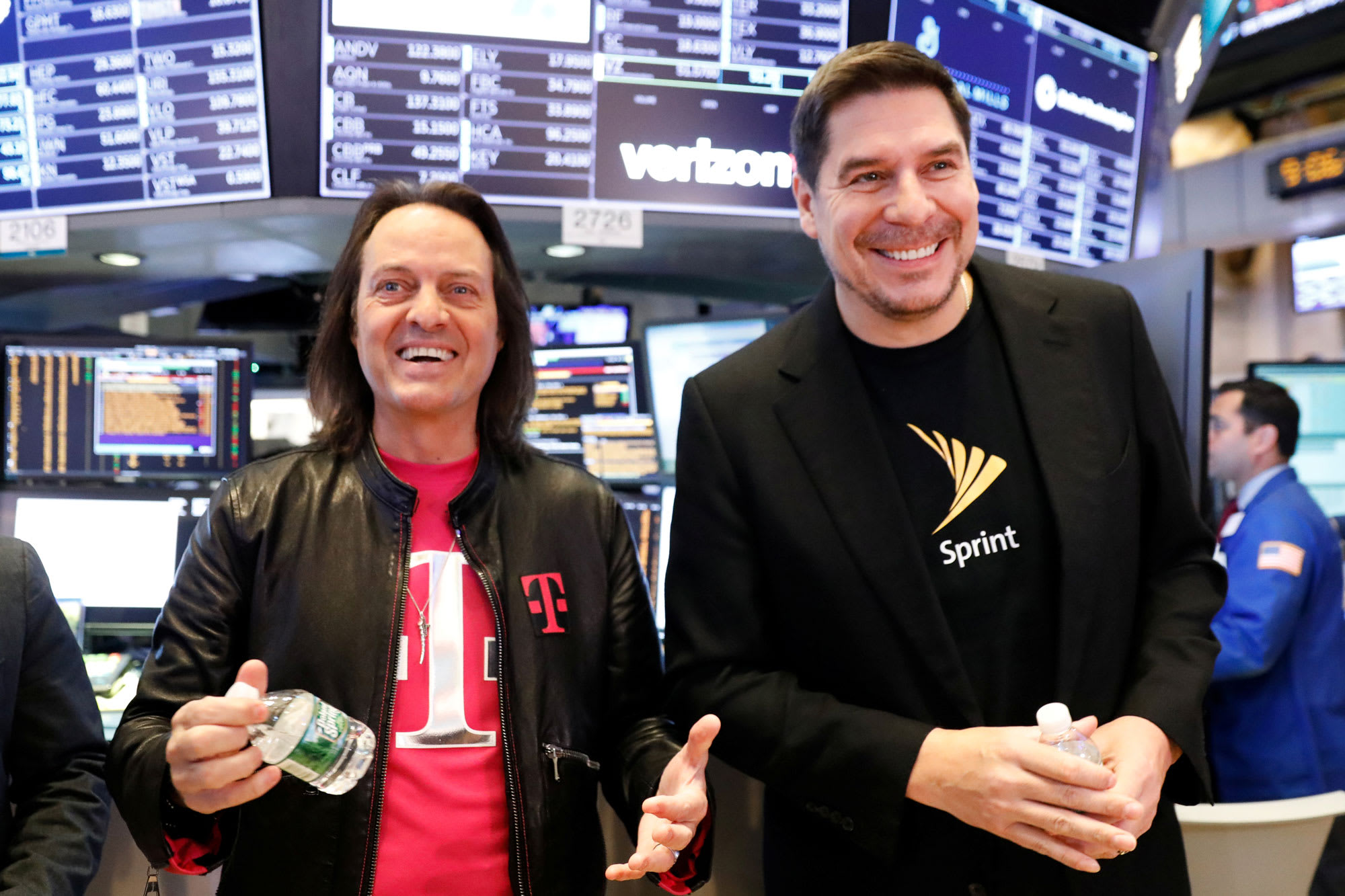 Sprint and T-Mobile have agreed to amend their merger deal agreement to give Deutsche Telekom a slightly higher ownership stake in the new combined company, the companies announced Thursday.

Common shareholders won’t see a change in the exchange ratio, which is 9.75 Sprint shares for 1 T-Mobile share. SoftBank, which owns the more than 80% of Sprint, will see an exchange ratio of 11 Sprint shares for each T-Mobile share, the companies said. SoftBank agreed to surrender about 48.8 million T-Mobile shares it will gain in the merger after the transaction is complete. SoftBank and Deutsche Telekom will hold 24% and 43% of shares in the newly combined company, respectively, according to the announcement.

T-Mobile said Thursday it plans to close the merger by April 1. Sprint shares were up more than 4% after hours following the announcement. T-Mobile shares were down 1.5%.

Deutsche Telekom, the majority owner of T-Mobile, and SoftBank didn’t want to amend the common shareholder exchange ratio because a change would require a new shareholder vote which would add months to the deal’s closing, according to two people familiar with the matter, who asked not to be named because the discussions were private. The two companies have already waited nearly two years for the transaction’s approval after state attorneys general sued to block the deal.

SoftBank agreed to give Deutsche Telekom a slightly higher ownership stake after Sprint’s financials have eroded during the long deal approval process, the people said. If the merged company’s stock hits $150 between 2022 and 2025 SoftBank can get its original percentage of shares back, according to Thursday’s announcement.

A U.S. district judge ruled in favor of the $26 billion merger between Sprint and T-Mobile last week. New York Attorney General Letitia James, who helped lead a lawsuit from a group of state attorneys general against the merger, said on Sunday she would no appeal the decision. The merger still can’t close until the California Public Utilities Commission approves the transaction.