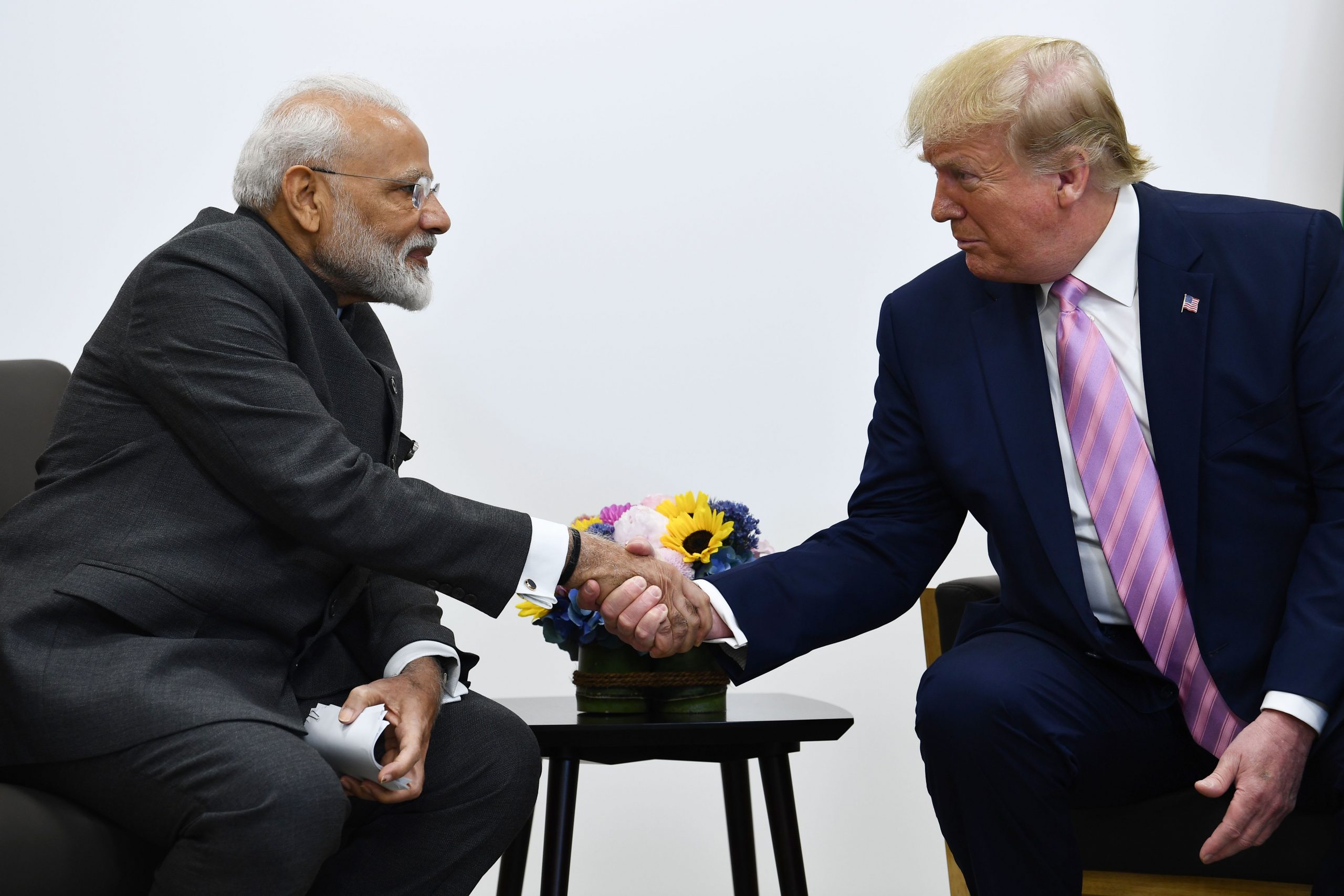 India’s Prime Minister Narendra Modi (L) attends a meeting with US President Donald Trump during the G20 Osaka Summit in Osaka on June 28, 2019.

U.S. President Donald Trump will raise the issue of religious freedom in India during his meetings with Prime Minister Narendra Modi next week, a senior administration official said, a sensitive subject for the Indian government.

Modi’s government has faced large scale-protests at home and criticism abroad for enacting a citizenship law that is seen as discriminating against Muslims and has deepened concerns his administration in undermining India’s secular traditions.

That measure came months after the Indian government withdrew the special autonomy given to the Muslim-majority territory of Kashmir, tightening its hold. It also jailed dozens of political opponents and separatists and imposed a communications blackout.

Trump, who is due in India on Monday, will talk about the two countries’ shared traditions of democracy and religious freedom, the senior administration official said in a conference call on Friday ahead of the two-trip.

“He will raise these issues, particularly the religious freedom issue, which is extremely important to this administration,” the official said.

It has strongly rebuffed foreign criticism, saying the changes in Kashmir and the new citizenship law were internal matters. In recent months, New Delhi has clashed with Muslim-majority countries such as Turkey and Malaysia after they criticized the government’s policies.

Modi, who has built a personal rapport with Trump, is pulling out all the stops for the visit, which will kick off in his political hometown of Ahmedabad with a massive public reception.

Soon after winning a second term in office last year, Modi had spoken about his government’s priority of inclusive growth for everyone, including religious minorities, the administration official said.

“And I think that the President will talk about these issues in his meetings with Prime Minister Modi and note that the world is looking to India to continue to uphold its democratic traditions, respect for religious minorities,” the official said.

Trump has faced criticism at home for imposing a travel ban on several Muslim-majority countries, a move he has argued is necessary to guard against terrorism.

Four U.S. senators wrote to Secretary of State Mike Pompeo this month, saying Modi’s steps in Kashmir and the citizenship laws were troubling and “threaten the rights of certain religious minorities and the secular character of the state.”

The bipartisan group of Senators Lindsey Graham, Todd Young, Chris Van Hollen and Dick Durbin asked the State Department for information in 30 days about the number of political detainees in Kashmir, restrictions on the internet and cell phone service, and access for foreign diplomats, journalists and observers.

They also expressed concern over the crackdown on protesters opposing the citizenship law, which lays out a path to Indian nationality for six religious groups from neighboring countries including Hindus, Sikhs and Christians, but not Muslims.