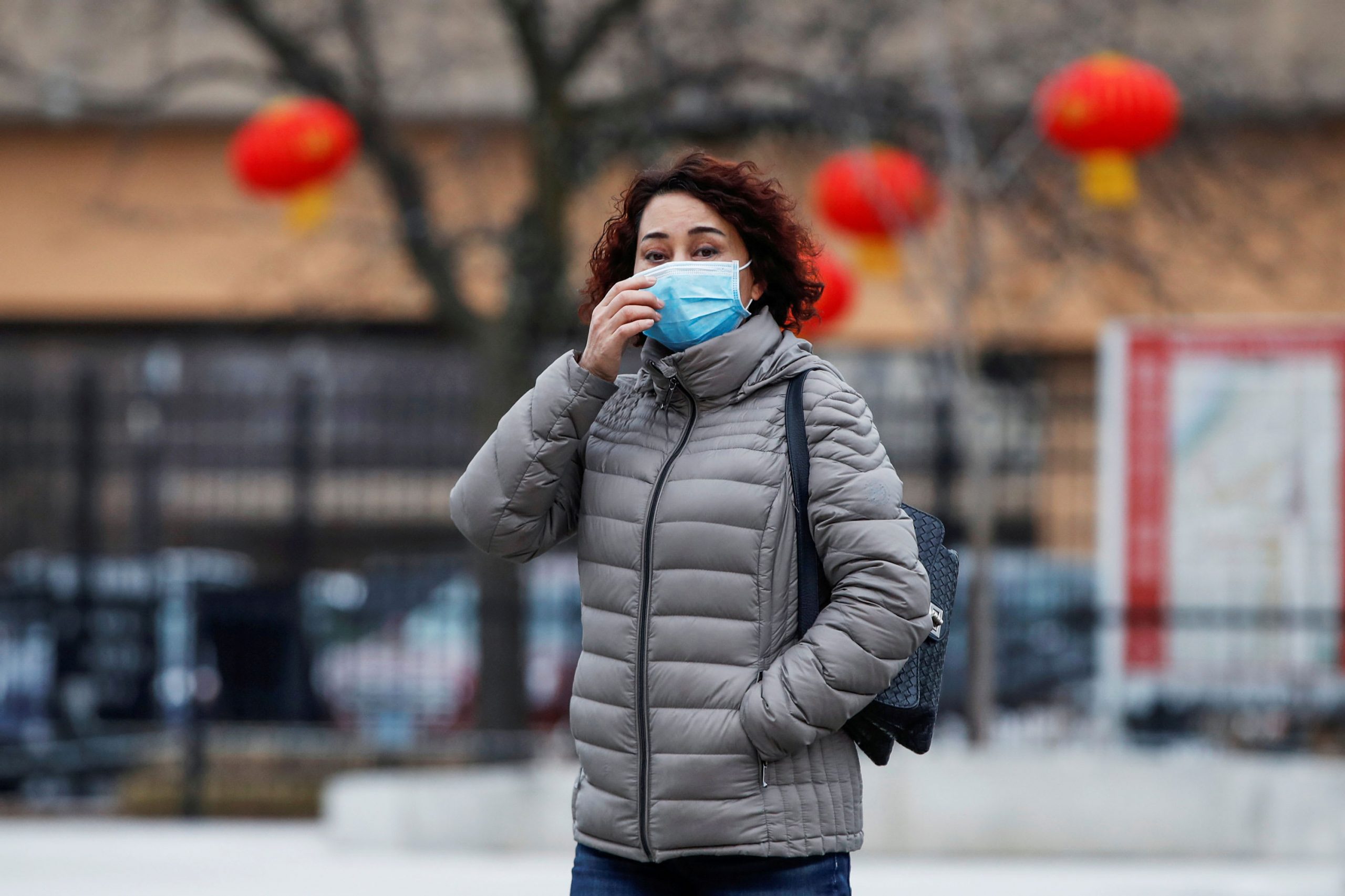 US hospitals brace for coronavirus outbreak to become global pandemic

A woman wears a masks in Chinatown following the outbreak of the novel coronavirus, in Chicago, Illinois, U.S. January 30, 2020.

“This is the time to open up your pandemic plans and see that things are in order,” Dr. Anne Schuchat, a top official of the Centers for Disease Control and Prevention, urged hospitals last week as an outbreak of a deadly new coronavirus ravaged much of China.

“For instance,” she continued, health-care providers need to plan for a “surge at a hospital, the ability to provide personal protective equipment for your workforce, the administrative controls and so forth that you might put place in a health care setting.”

Schuchat’s warning came as U.S. and world health officials increasingly sound the alarm of a possible pandemic outbreak of the deadly new coronavirus that has killed more than 2,100 people in China in the last seven weeks.

The COVID-19 epidemic in China has not yet met world health officials’ designation of a global pandemic that spreads far and wide throughout the world. While it has spread to more than two dozen countries, international health officials say there’s very little transmission on local levels outside of China right now. But they’ve warned that could quickly change. The virus is proving to be far more contagious than the flu, having spread from 300 people in mid-January to more than 75,700 as of Thursday morning.

While a majority of those cases are in China — with just 15 confirmed in the U.S. — the CDC has been working with the health-care sector to prepare for the virus to “take a foothold in the U.S,” Dr. Nancy Messonnier, director of the CDC’s National Center for Immunization and Respiratory Diseases, told reporters Feb. 12.

“At some point, we are likely to see community spread in the U.S. or in other countries,” she warned.

The threat of the new virus comes at an already busy time for most U.S. hospitals. Another serious respiratory illness, the seasonal flu, is at its peak in the United States, with more than 26 million cases and many hospitals stretched thin. A larger spread of the new virus across the U.S. could overwhelm emergency rooms and quickly cause supply shortages of some crucial medical supplies, according to half a dozen interviews with doctors, U.S. hospitals and health systems.

Hospital staff at San Diego-based Scripps Health are consolidating medical supplies such as masks, gloves and gowns and have ordered backup reserves in case of a widespread outbreak in the United State, said Dr. Ghazala Sharieff, chief medical officer.

Health-care workers are being taught how to reuse N95 respirator masks, most often used to control exposures to infections, in case of wide-spread shortages, she said.

Patients presenting flu-like symptoms are also being asked on a questionnaire about their recent travel history, including whether they’ve been to China in the last 14 days or have been in close contact with anyone who has, she said.

“We don’t know what happens next, but we are prepared,” Sharieff said. “We are fine with supplies right now but we don’t want to get caught without supplies.”

So far, 26 people have been screened for possible exposure to the coronavirus that emerged from Wuhan, China, over a month ago, Sharieff said. One of the patients actually met the qualifications for having the virus before further testing came back negative, she said. Early during the outbreak, patients were coming in concerned they may have been exposed to the virus,but that has since tapered off, she said.

“I think we’ve done a good job educating people,” she said. “When we first started, there were people in the community saying they were worried that they stood next to someone at the airport who had a mask on. … I think they realized that that is probably a little bit of panic on their behalf.”

At Northside Hospital, a network of hospitals and medical facilities in Atlanta, the staff is continuously monitoring the coronavirus outbreak, according to a spokesperson.

The hospital said if a patient has any clinical symptoms and has recently traveled from Wuhan, or if they have been in close contact with a person who is under investigation for the virus, they will be masked and taken directly to an airborne isolation room, where they will remain while in the hospital.

Staff at NYU Langone Health in New York City has designated the new virus as a “level 1” priority.

“A big part of this level is communication,” said Dr. Jennifer Lighter, hospital epidemiologist there.

“We are trying to communicate to NYU staff and patients in our medical center how to best protect themselves from the flu or COVID-19,” Lighter said. “That’s just general info like basic hand hygiene, sneezing into the end of your elbow and practicing safe distance from someone who is sick.”

NYU is also preparing for a level 2 or 3 scenario, she added, where there is transmission in the city and it begins to impact hospital operations. The health-care system has implemented a conservation plan and medical supplies, especially respirator masks, are only given to staff as needed, she said.

“If a team needed more, they would have to be infection-prevention approved or manager approved before someone would get more,” she said, adding staff is already feeling the brunt of the flu season.

The hospital is also recommending patients with more mild symptoms to stay at home, she said. The hospital has been ramping up its virtual urgent care, including training doctors and purchasing more iPads and other machines. “If you’re shortness of breath, obviously, please come in,” Lighter said.

But that doesn’t mean health-care workers are complacent, he said. Citronberg, who works out of Park Ridge, northwest of Chicago’s O’Hare International Airport, said there’s always the potential of someone getting off a plane with exposure to the virus.

“We certainly are not complacent about that possibility,” he said. “We are really trying to reinforce with our front-line staff particularly that you still got to be alert, you’ve still got to be on your toes.” Citronberg said,. He added that the health-care system doesn’t have any “imminent problems” with medical supplies such as masks and gloves because it already stocked up on them due to the flu season.

They are asking every patient whether they’ve recently traveled to China or had contact with anyone who has been there. Advocate has also increased its use of telemedicine over the last few years and that may be useful in handling a outbreak, he said.