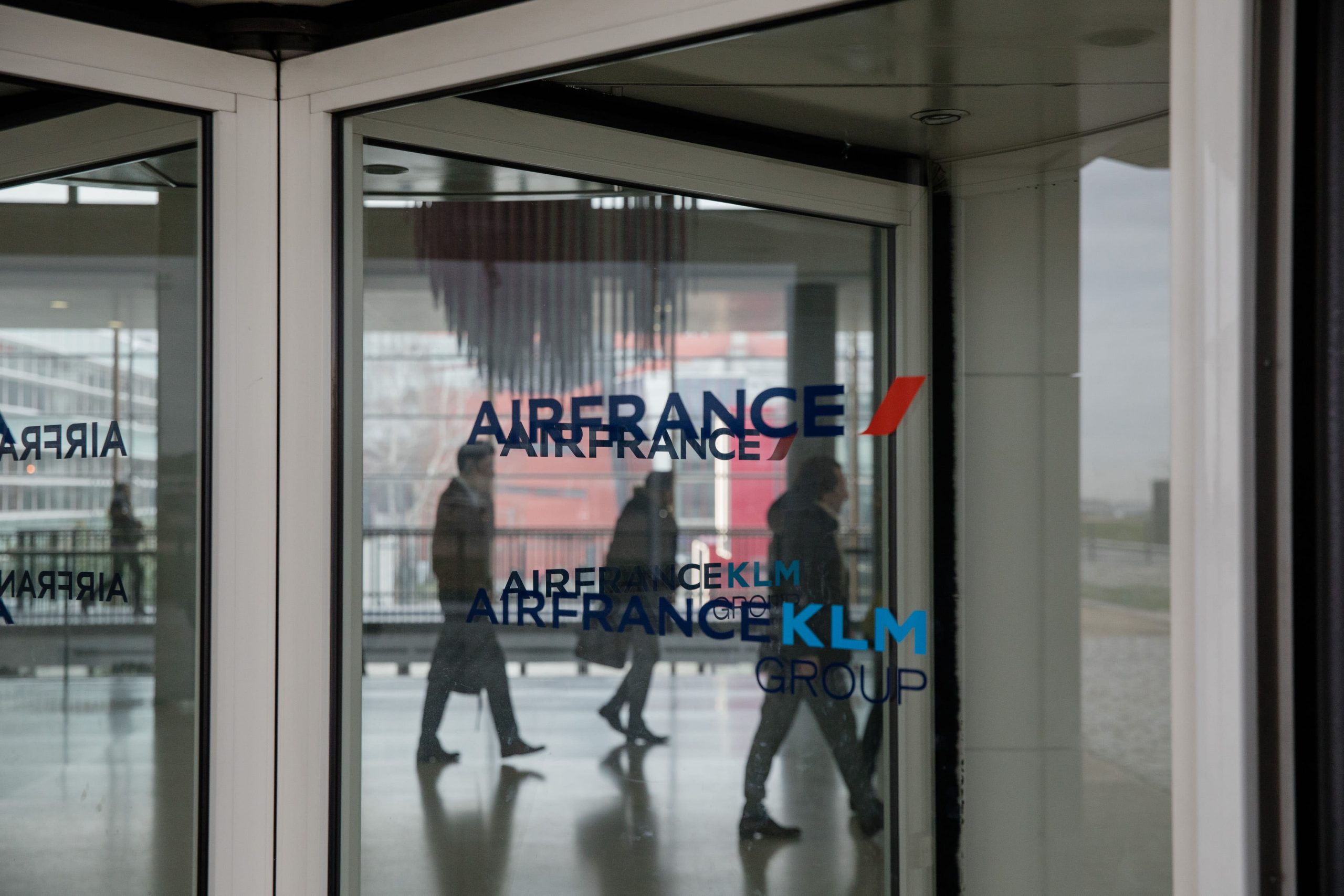 US hospitals prepare for possible pandemic, FBI stocks up on hand sanitizer and masks

The U.S. Federal Bureau of Investigation has ordered $40,000 of hand sanitizer and face masks “in case the coronavirus becomes a pandemic in the United States,” according to the acquisition document. The FBI’s “pandemic preparedness” supply order includes face masks from manufacturer 3M and disinfectants, including hand sanitizer, from PDI Healthcare, the document said. In its purchase order, the FBI said it needs to have those items on hand if the coronavirus, or COVID-19, spreads widely throughout the U.S. The masks and disinfectants “are to be stored throughout the country for distribution in the event of a declared pandemic,” according to the document, which was signed Friday and gave the companies a week to fulfill the order. — Feuer

Japan’s government and auto industry are establishing a new task force to combat the impact of the COVID-19 outbreak on the country’s automotive operations. Japan’s Ministry of Economy, Trade and Industry said the immediate priorities for the “New Coronavirus Countermeasures Automobile Council” will be information sharing and understanding of the situation as well as studying countermeasures. “Automakers, component manufacturers, and the government work together to ensure rapid response to the information on the industry, with a view to ensuring that measures can be taken to prepare for the possible impact of the new coronavirus on the automotive supply chain in the future,” the Japanese government said. — Wayland

11:30 am: Foxconn says it is cautiously resuming China output, warns of revenue hit

Apple iPhone maker Foxconn said it is cautiously restarting production at its main plants in China and warned revenue will be hurt this year by the outbreak. The statement comes just days after Apple rescinded its March quarter sales guidance, saying factories in China have been slower to get back to work than first anticipated after Lunar New Year holidays were extended amid the outbreak. Foxconn, the world No. 1 contract manufacturer, also said its plants in countries such as Vietnam, India, and Mexico continue to operate at full capacity with expansion plans underway as it seeks to minimize the impact of the virus. — Reuters

Norwegian Cruise Line said it has canceled voyages in Asia through the third quarter and expects to take an earnings hit of 75 cents per share for the full year because of the outbreak. The news sent shares down by about 3% in morning trading. The cruise line said the virus had forced it to cancel, modify or redeploy 40 voyages across all three of its brands and compensate customers. The company said that 21 cancelled Asia voyages on its cruise ship, Norwegian Spirit, have been redeployed to the Eastern Mediterranean for summer 2020 with an “extremely condensed booking window.” Any guest or crew who have traveled to China, Hong Kong or Macau in the past 30 days, regardless of nationality, are not allowed to board Norwegian’s vessels. — Miller

WHO officials are holding a press conference at 10 am ET to update the public on the coronavirus outbreak. The United Nation’s health agency declared the virus, named COVID-19, a global health emergency last month. On Thursday, China’s National Health Commission reported an additional 114 deaths and 394 new confirmed cases, which is a drastic drop in daily additional cases. However, China revised its diagnostic guidelines to exclude “clinically diagnosed” cases from the count in Hubei province, the epicenter of the outbreak — thereby lowering the count.  Watch the live press conference here. — Feuer

9:36 am: P&G grapples with supply chain issues in China

Procter & Gamble, the maker of everyday household goods like Pampers diapers and Gillette razors, is continuing to grapple with problems getting materials from suppliers and its good delivered to customers in China, its second-largest market outside the U.S.  The company’s Chief Operating Officer and Chief Financial Officer Jon Moeller said at a conference in Boca Raton, Florida that store traffic in China has fallen “considerably.” Although some demand has shifted to online sales, there are hurdles to fulfilling those orders, like the number of delivery people, Moeller said. P&G also relies on 387 Chinese suppliers, who provide materials for more than 17,000 finished products sold globally. Although the consumer giant expects to be “materially impacted” by the outbreak in its second-largest market, Moeller reaffirmed the company’s forecasted ranges for its revenue and earnings for fiscal 2020. — Lucas

8:22 am: US hospitals prepare for virus to become global pandemic

The CDC has been working with the health-care sector to prepare for a possible pandemic outbreak in the United States. The coronavirus threat comes at an already busy time for most U.S. hospitals. Another serious respiratory illness, the seasonal flu, is at its peak, with more than 26 million cases and many hospitals stretched thin. A larger spread of the new virus across the U.S. could overwhelm emergency rooms and quickly cause supply shortages of some crucial medical supplies, according to half a dozen interviews with doctors, U.S. hospitals and health systems. — Lovelace

Shipping giant Maersk warned that the coronavirus outbreak would weigh on earnings this year, compounding the woes of a container shipping industry already hit by trade wars and an economic slowdown. The Danish company on Thursday reported a lower-than-expected fourth-quarter profit and forecast a weak start to the year because factories in China were closed for longer than usual after the Lunar New Year holiday. “Weekly container vessel calls at key Chinese ports were significantly down compared to last year during the last weeks of January and the first weeks of February,” the world’s biggest container shipping firm said in a statement. It reiterated, however, a forecast for growth in global container demand of 1% to 3% this year, saying Chief Executive Soren Skou remained optimistic about a rebound in the second quarter. Global container demand grew 1.4% in 2019 and 3.8% the year before. — Reuters

7 am: Air France says coronavirus impact could climb above $200 million

Air France-KLM warned of a 150 million to 200 million euro ($162 million to $216 million) hit to earnings by April as it contends with the epidemic’s “brutal” impact on the airline industry. The Franco-Dutch group’s shares fell sharply after its full-year results and 2020 outlook, which was in the spotlight as markets watch for economic effects well beyond the Asian center of the outbreak. Like many global airlines, Air France-KLM has canceled flights to mainland China until the end of March, basing its impact estimate on the assumption that flights will then gradually resume. “That’s the hypothesis we’re using for the moment, but we don’t know how credible it is,” Chief Financial Officer Frederic Gagey said. “Obviously if it lasts longer, the impact will be heavier.” — Reuters

The Air France-KLM Group logo sits on revolving doors at airline’s headquarters in Roissy, France, on Thursday, Feb. 20. 2020. Air France-KLM warned the coronavirus outbreak will wipe as much as 200 million euros ($216 million) from earnings, hammering home the financial impact of the crisis even thousands of miles from its epicenter in China.

6:06 am: Apple iPhone maker Foxconn says it will cautiously restart production in China

Foxconn, the world’s largest contract manufacturer of electronics and the biggest assembler of Apple products, said Thursday it is cautiously restarting production at its main plants in China, Reuters reported, but it warned revenue will be hurt this year by the coronavirus epidemic.

5:15 am: China’s Hubei province asks firms not to resume work before March 11 due to coronavirus

China’s Hubei province has asked firms not to resume work before March 11 due to the outbreak, although those involved in epidemic prevention and control and public utilities are exempt. The suspension of work for many firms was due to end on Wednesday. In a statement on its official Weibo account, the province said schools are not to reopen until further notice. — Ellyatt

3:22 am: South Korea reports first death from the coronavirus

2020-02-20
Previous Post: Coronavirus cases outside China are low, but WHO warns that could change
Next Post: Norwegian Cruise Line cancels Asia voyages due to coronavirus