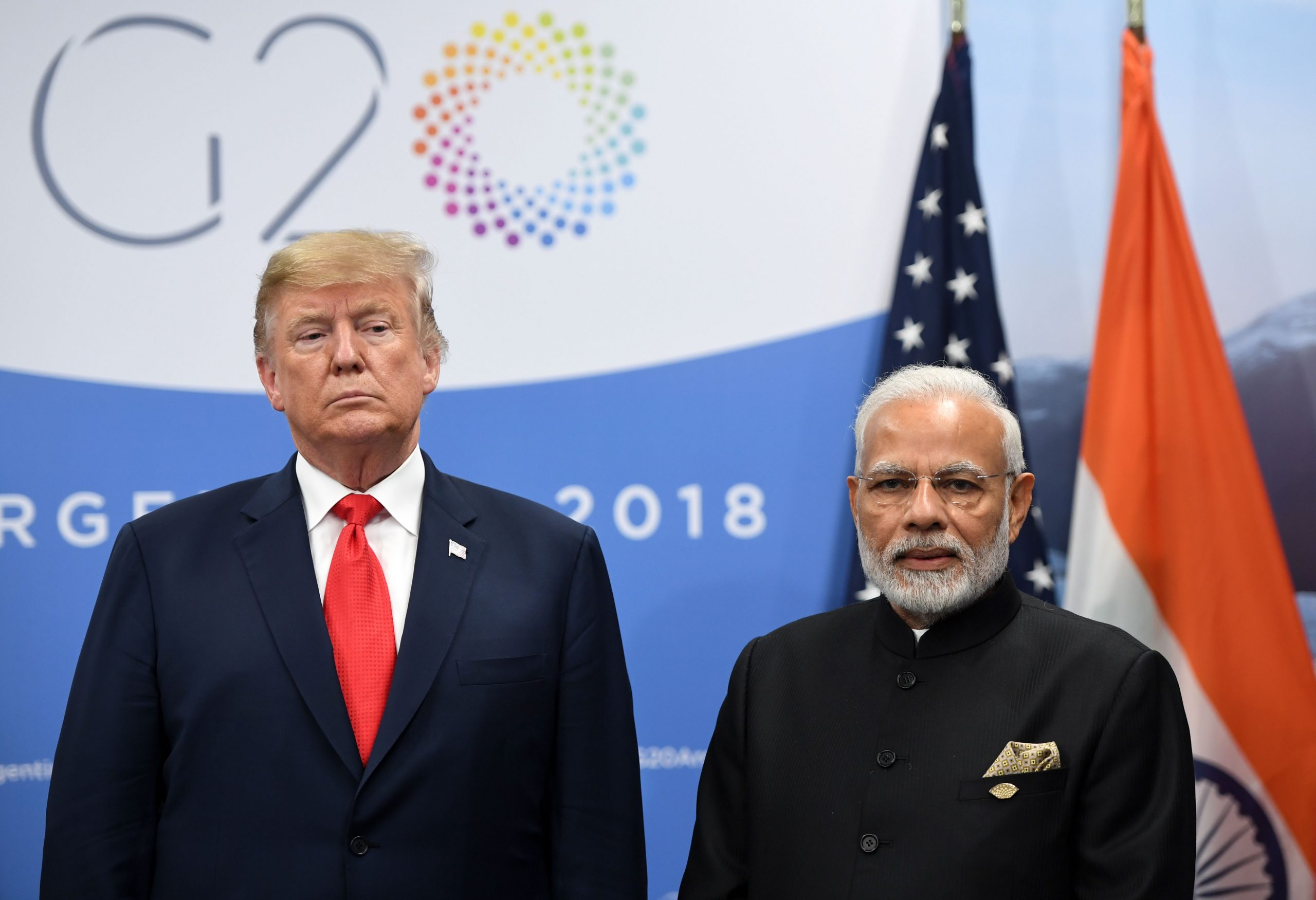 “I think given patience and time, both countries have the desire to resolve their differences in a way which is mutually beneficial,” Shankar said. “There are a number of small issues on the table, which could be perhaps handled more easily and then there are more complex issues, which will take time to resolve, like data localization.” She was referring to rules currently under consideration that would require internet companies to store information on Indian users within the country.

Trump is due to start his two-day state visit to India on Monday, with official engagements in New Delhi and Ahmedabad in Modi’s home state of Gujarat. It will be Trump’s first official visit to India since taking office in January 2017.

India’s Prime Minister Narendra Modi (R) and US President Donald Trump during a meeting in the sidelines of the G20 Leaders’ Summit in Buenos Aires, on November 30, 2018.

Experts have also raised concerns that India’s plans to introduce a comprehensive data privacy law may complicate matters. The Personal Data Protection Bill could have potential ramifications for U.S. tech companies such as Facebook and Google.

If companies want to use someone’s personal information, they need to seek explicit permission and that user may request for their data to be erased. It is similar to the provisions in Europe’s General Data Protection Regulation.

Asked if the bill could complicate the relationship between India and the U.S., Shankar said it’s a larger issue than just the two countries.

“There will be a larger negotiation on this issue at a global level.”