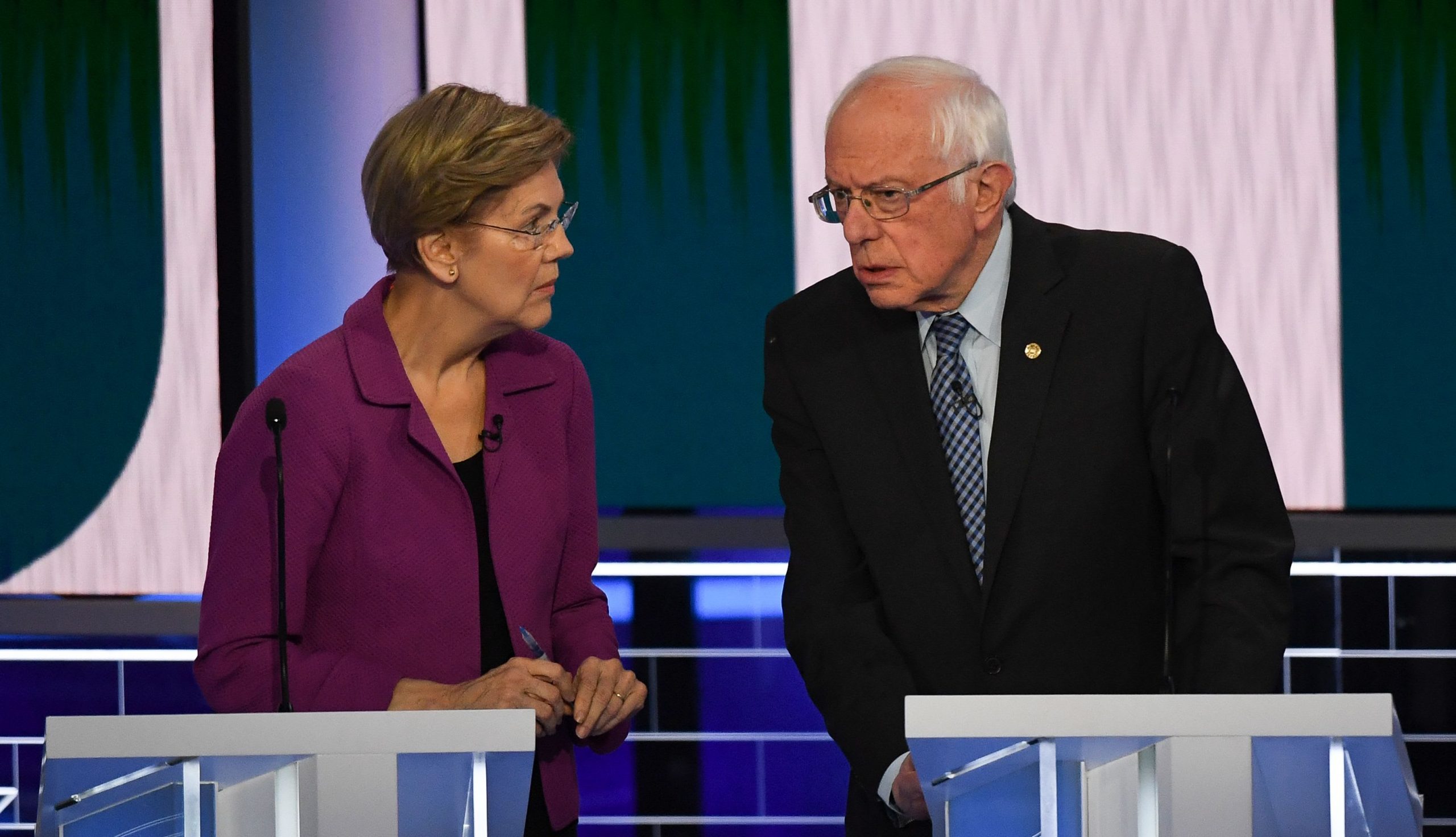 A night of duking it out on the debate stage paid off for Sens. Elizabeth Warren and Bernie Sanders, whose campaigns both recorded the most contributions ever received on a debate day.

Warren’s campaign announced early Thursday that it pulled in more than $2.8 million after the event in Las Vegas that was held just days before the state’s Democratic primary caucus on Saturday.

Warren and Sanders, who have built their campaigns around the promise to reduce wealth inequality, were among those who spent the night throwing jabs at former New York City Mayor Michael Bloomberg, who took to the debate stage for the first time alongside his rivals.

They accused the billionaire of buying his way into the election. Bloomberg has spent about $400 million of his personal fortune on campaign ads since joining the race in late November. Bloomberg, who doesn’t take campaign donations, didn’t qualify for previous debates.

The harshest blow came from Warren, who referred to Bloomberg as a “billionaire who calls women ‘fat broads’ and ‘horse-faced lesbians.'”

“And no, I’m not talking about Donald Trump, I’m talking about Mayor Bloomberg,” the Massachusetts senator said, prompting gasps from the audience.

For Warren, whose poll numbers have slipped, the surge in contributions could help extend her campaign’s viability.

Sanders of Vermont, the current front-runner in most national polls, held a 19-point edge in Nevada, according to a survey released Monday.

Campaign representatives for the other candidates who appeared on stage — Sen. Amy Klobuchar of Minnesota, former South Bend, Indiana, Mayor Pete Buttigieg, and former Vice President Joe Biden — did not immediately return a request for comment on their debate-day contributions.

2020-02-20
Previous Post: Here’s why Morgan Stanley is spending $13 billion to buy E-Trade
Next Post: Bloomberg debate debacle may be ‘beginning of the end’